The big weeping willow that for many decades had been the landmark of the cemetery of Oerie was during a storm in the autumn of last year so badly damaged that it had to be felled.

The willow stood in the far right corner and its big top and twigs gave the cemetery a peaceful appearance. In 2010 a big erratic boulder was placed at the foot of its mighthy trunk. This boulder that, together with a copper plaque had been placed by the McKee family, told a story that started on November 26, 1944, with the crash of the Ark Angel. 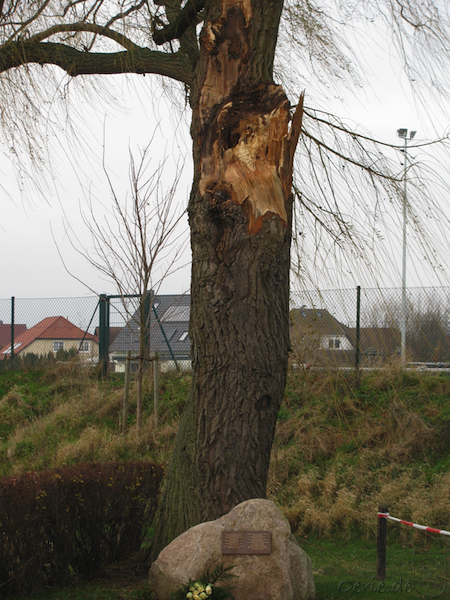 The boulder fitted perfectly under the weeping willow and now it stood there; all by itself. . . . But then, the small circle of people who had come together to realize the monument, decided to plant a new tree. After long discussions about the type and the size, they decided early 2014 to plant behind the boulder an American Oak (Quercus rubra). The oak and other costs were shouldered by the McKee family in the U.S.A. and the Pohl family in Oerie. After having obtained the permission of the local authorities, the oak tree was planted in March, 2014. As a certain distance between the oak tree and the border of the cemetery had to be respected, the boulder had to be moved. After a small dragline of the landscaping company had moved the heavy boulder carefully forward, the Red Oak – that already had a considerable size - was planted. 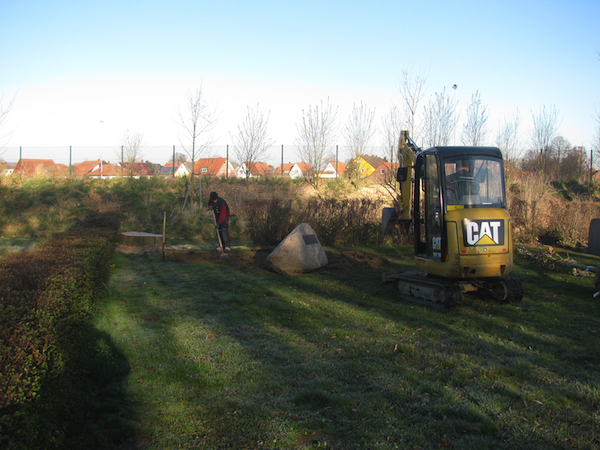 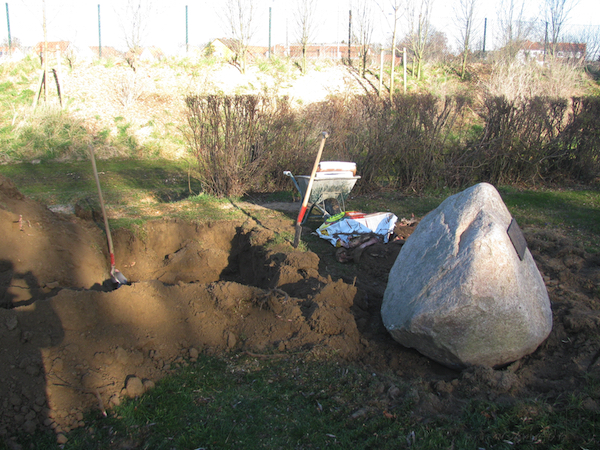 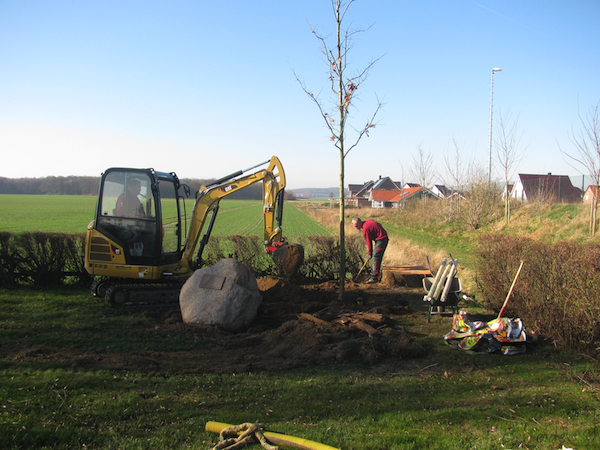 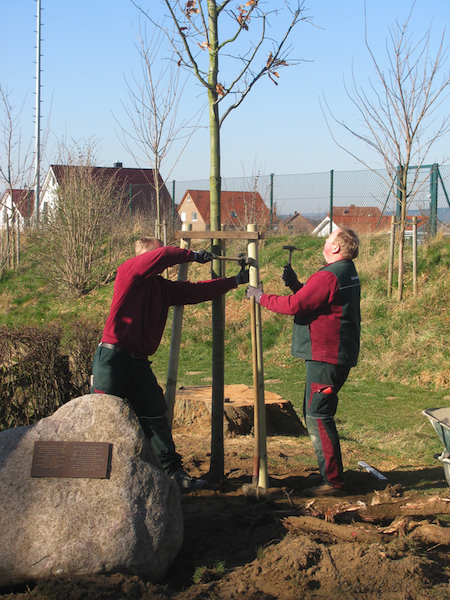 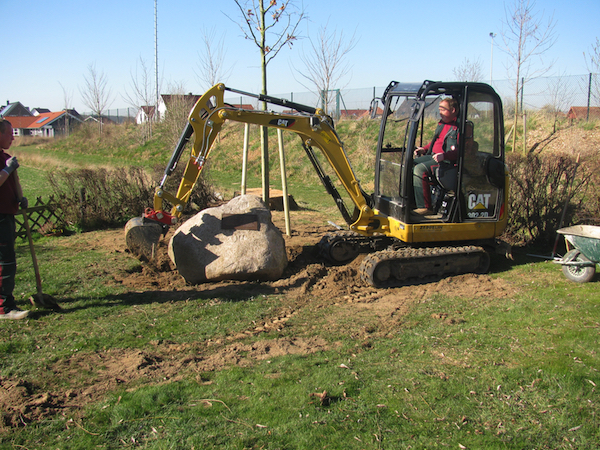 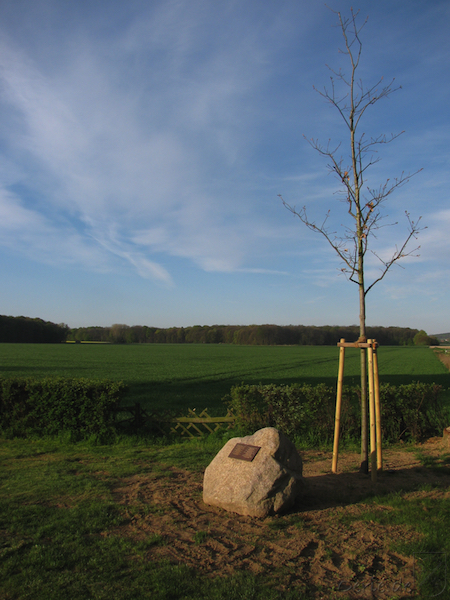 We trust that this oak will grow into a beautiful tree; a true landmark of the Oerie cemetery.