"My father and I are headed to Munich on 20 Oct 09, and are planning... of coming by train to Hannover, then by car to Oerie so see where his oldest brother died in the Arch Angel...."

With this simple e-mail the McKees announced their trip to visit our little village in 2009. I had no idea which amazing development was arise from this visit.......

Thursday, October 22, 2009, was a gloomy day: temperature hardly over 6°C and with an unpleasant breeze blowing.

At 10.00 o'clock, I had an appointment with Larry, Barney, Kevin and Shawn McKee. The two brothers Larry and Barney as well as their sons Kevin and Shawn originate from Louisiana and Mississipi.

They had travelled thousands of kilometers from that nice and warm State to that small, unobtrusive and, on that particular morning, chilly village called Oerie. They came with a purpose: to visit the places where Raymond Otto McKee had lost his life in 1944 and where he had originally been buried.

Raymond Otto McKee had been a member of an American B-24 bomber called „Ark Angel“. After the attack on the synthetic fuel plant in Misburg the „Ark Angel“ crashed behind the Oerier Woods. Raymond was one of the many victims of this ruthless war.

Shortly after 10 o’clock we were waiting for our visitors on the Oerier Square. Also present were two eyewitnesses to the crash, Mr. Fritz-Otto Kreipe and Mr. Horst Swischenko, who were 10 and 12 years old when the bomber came down, Ms. Kim Gallop, journalist with the Leine-Nachrichten, Ms. Sabine Müller, journalist with the Herold, and the Local Mayor Hans-Friedrich Wulkopf. They represented the German side of the story.

The McKees had spent the night in Hannover after having travelled the previous day from Atlanta via Paris to Germany.

When shortly after 10 o’clock a car with Dortmunder plates arrived from the direction of the War Memorial, I knew that this would be the McKee family. We waved and indicated that they should park on the Square.

It was a warm welcome, although it was the first time we met. Until then, I had only be in contact with Kevin via e-mail. 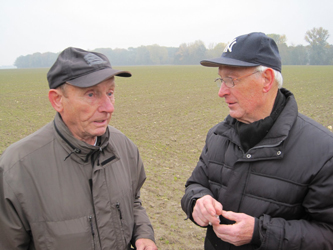 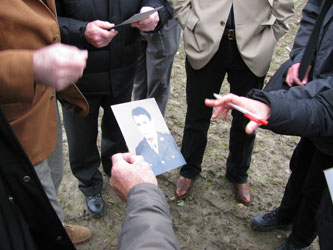 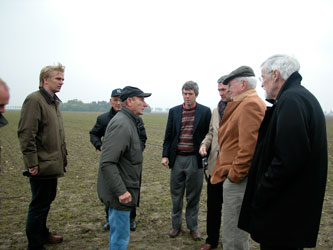 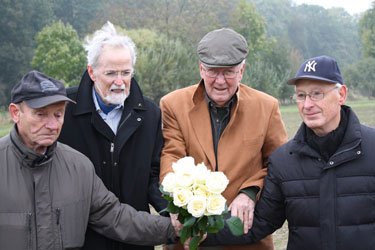 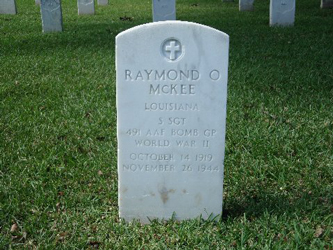 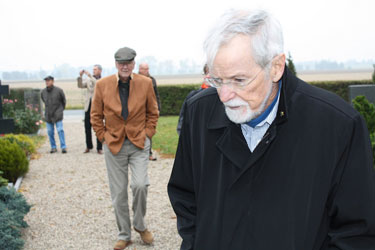 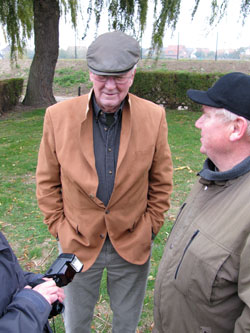 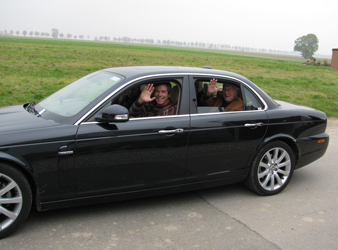